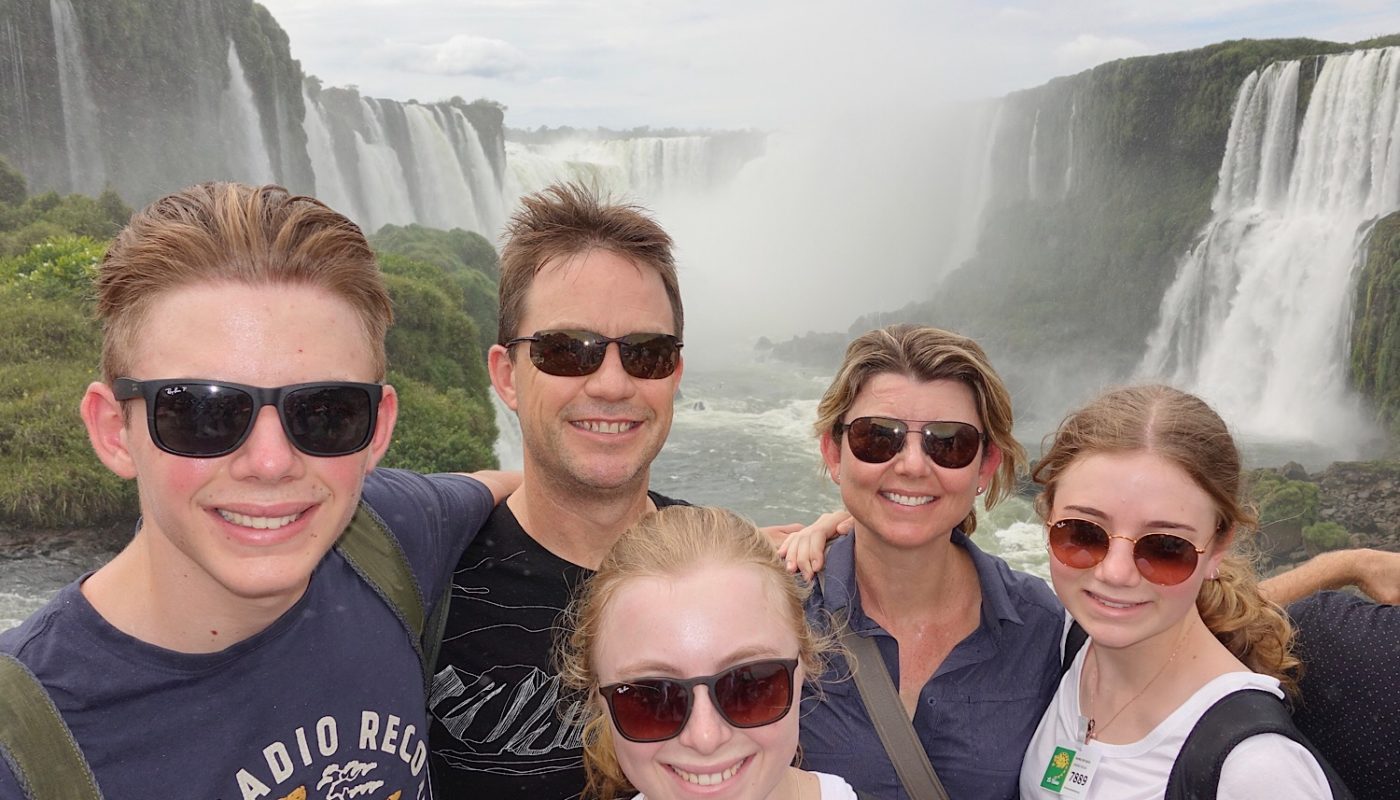 We said goodbye to our San Telmo House to go to Ministerio Pistarini International Airport for our onward flight, where we were sitting at the gate having an early lunch, and there were some covert texting under the table as “The Triplets” got their OP’s.

Buenos Aires look even bigger from the air, it was like flying over the map of our travels in the big city and surrounds.

The pampas gave way to the jungle as we flew into Iguazú and in the distance we could see the spray from the falls.

La Cantera Jungle lodge, our accomodation for the next 3 nights. Nestled in the jungle, and slightly reclaimed by the jungle – the beds are comfortable but water pressure lacking to non existent. Thank goodness for the pool and fruit loops for breakfast.

After a small siesta, Simon and WIll went for a bike ride then it was off to Aqva for dinner in Puerto Iguazú to sample the local river fish. Catfish and Pacu.

Iguazu Falls (“Big Water”) is the widest waterfall in the world at 2.7km. In full flood in 2016 45,000 cubic metres of water per second went over the falls, more than 3 times the amount that Victoria Falls had in its biggest flood. When we visited the Falls were at their average of 1600 cubic metres dropping to 1100 cubic metres tomorrow as they shut the gates at the 6 hydroelectric power stations upstream over the weekend. There are between 150 and 300 separate waterfalls that make up the Falls depending on the water level.

We had a personal tour guide, Andres, who escorted us onto a train reminiscent of the Big Pineapple. This took us to the first of 3 stops as we explore the Argentinian side of the Falls. The first one was “Devils Throat” Garganta del Diablo, where 40% of the water descends. The walkway passed over the very wide and today quite shallow Iguazu River where we saw big catfish. We could hear the Falls and see the spray, but still weren’t quite prepared for how spectacular they were. We were completely soaked in seconds but took our time taking it all in.

We explored the upper trail next which had a series of walkways taking us along the top of the Falls.

For an extra $75 we took our guide up on his suggestion that we take the boat trip up the river to be drenched once again. 217 stairs down to the river and onto a large inflatable boat that took us under 2 of the waterfalls, the largest of which was San Martín. There was an incredible amount of water and once again no safety briefing was given , just handed some ill-fitting life jackets. We all loved it and enjoyed the chance to cool off, well worth it. There followed a 6km truck ride through the jungle which was lulling us all to sleep until Simon spotted a Toco Toucan, the one made famous by the Fruit Loops box.

A walk along the lower trail through the lush rainforest gave us a different perspective again of this beautiful place. Off to the Brazilian side tomorrow.

As expected, there are not so many trees or shrubs on the Brazilian side. It is also clearly very popular. The numbers visiting the Brazilian side are approx 20% more than those choosing the Argentinian side with around 1.8m/a or 5000 a day. The Brazilian side of the falls are more manicured, cleaner and more brightly painted. It’s all a well oiled, smooth operation, though with the added numbers, we did find ourselves playing frogger with the other tourists a little. Also, while Luke was not wearing a bikini, he did follow local traditions, purchasing a Brazilian thong (or two) and proudly wore it throughout the day. Spectacular.

Crossing the border bridge (passing some 100 odd cyclists doing a ‘well known’ 80km ride from Brazil to Argentina side of the falls (a Pinkie Special)) we were surprised at the relaxed attitude to the tour bus custom/immigration treatment – three of the four check points did not involve anyone even looking inside the bus. The border crossing is only a km or so from the point where the Paraguay, Brazil and Argentina borders meet – at the junction of the Iguazu and Paraná rivers. The combined river eventually flows out in the Tigre Delta (Rio del a Plate) at Buenos Aires which we toured only a few days ago.

On the way back to Argentina, we visited the Parque des Aves (Bird Park), developed to rescue and support the preservation of the Atlantic Rainforest Birds displaced by deforestation (a massive issue). The Bird Park is well worth visiting, and noting its purpose, includes a Tarántula and an Australian Cassowary (go figure).

Lunch in town (Subway for a salad roll!) and then back to the Lodge for pool, air conditioning, the first rain – a summer thunder storm – a lazy afternoon. 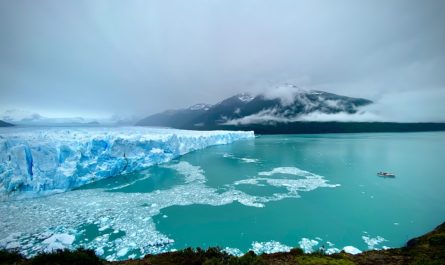