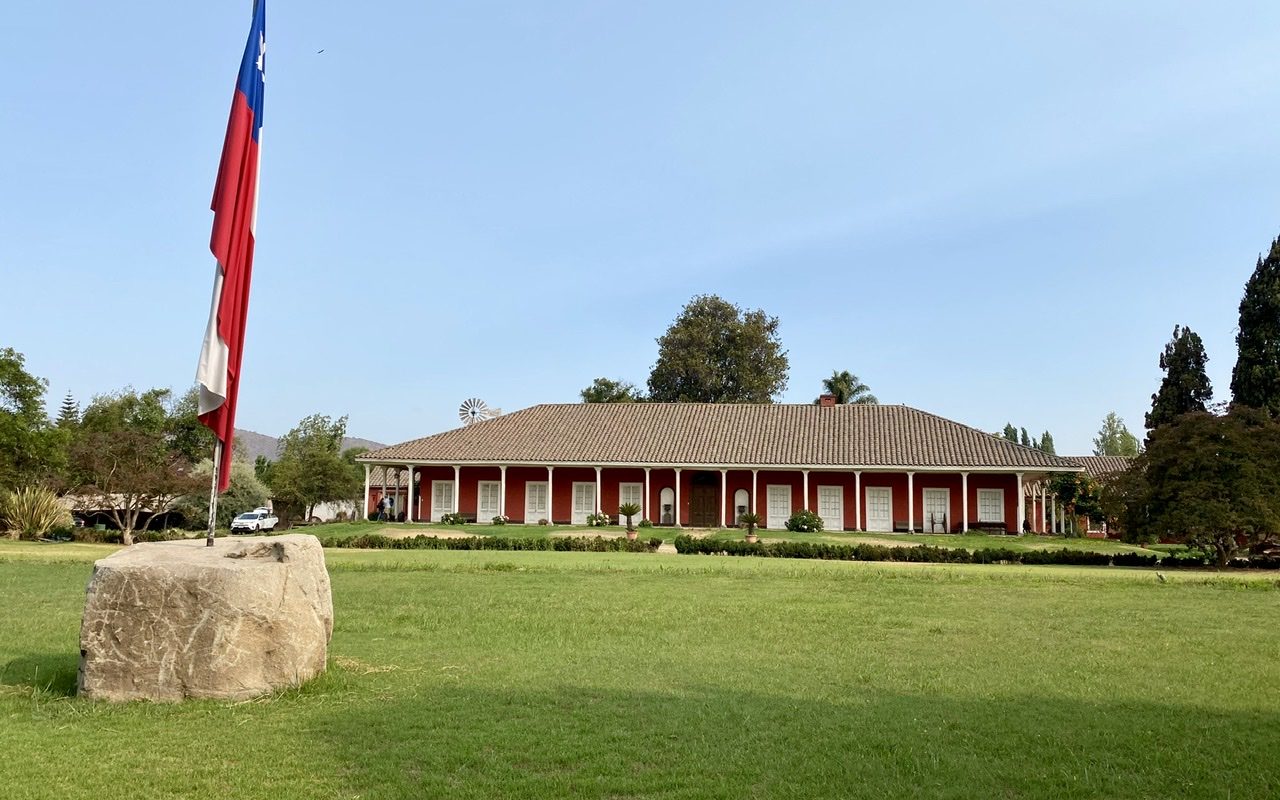 Our last trip to Puerto Montt – but straight to the airport for our flight to Santiago. After collecting our hire cars, with Luke thrilled to be driving a manual on the wrong side of the road, we drove to the house of Jose Manuel, a work acquaintance of Simon’s.

The homestead we were staying in is over 200 years old, built of the traditional mud and straw construction. It has been in Manuel’s family for over 150 years and today is a working dairy, crop and walnut farm.

It has a faded grandeur, full of nooks and crannies, including it’s own chapel that you have to enter through a 1m high door. There were countless bedrooms and wings with 2 of Manuel’s 7 siblings living in the house along with his wife and 15month old son and his parents.

We were sent to the garden each of us carrying a tray, to find the oak grove where we were having a BBQ and promptly got lost. Lunch was beautiful, consisting of typical Chilean fare, lots of steak,salad and red wine.

A tour of the farm followed, highlighting the ‘flood’ irrigation system despite the record breaking drought they are currently experiencing.

We were told dinner would be at 9pm in the formal dining room. Pre dinner drinks in the drawing room, which could easily accomodate 100 people. The dining table could comfortably seat 24, but because we have all been travelling together for so long we all sat squashed at one end.

Tania and Luke were in what was obviously a child’s bedroom in the ‘parrot’ wing manned by a 30 year old parrot. Nat and Simon were in the ferret wing, which housed a ‘pet’ ferret who never stopped going around and around in circles. Bel was in a room next to the dining room, likely haunted, and the night security locked her in her room with no bathroom. Wills, Abi, Kate and Izzy slept in the ‘new’ extension (built 80 years ago) with Manuel and his family.

What and amazing place to stay.